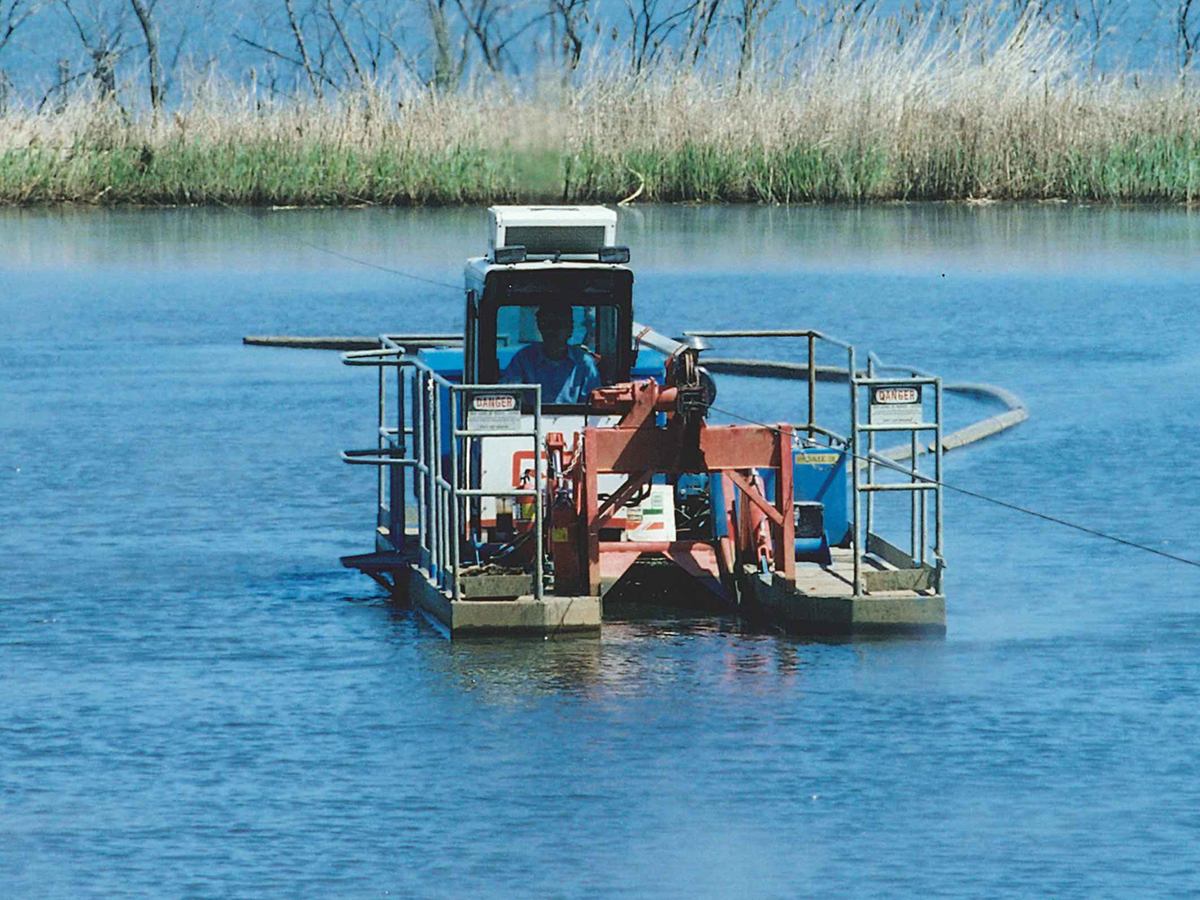 A dredge bought by the City of Toccoa is pumping silt and sludge from the city’s 31-acre waterworks lake. Expected completion time for the project, which will increase the lake’s holding capacity by 53,750,000 gallons, is two years, John Sosebee, director of the city’s water and sewer department said.

The dredge, looking like some monster moving slowly across the lake with pipes and cables, is removing silt, sand and sludge to a settling basin above the lake, Sosebee said.

Cost of the project, which includes $48,326 to Scott Brothers Construction Company for building the settling basin, will be offset by savings in pumping costs, he said.

Because the lake’s storage capacity will be doubled, less water will have to be pumped from Little Panther Creek, the city’s 17-acre back-up reservoir.

Sosebee does not expect an actual reduction in pumping costs, since users of city water are expected to increase.

“We’ll be saving money,” he said, “if we can just hold our present annual pumping cost as we add more customers.”

If the lake is not dredged, pumping costs are expected to increase as the city adds customers. A feasibility study for a county-wide water system is being conducted by Wiedeman and Singleton, an Atlanta engineering firm.

Sosebee said sediment is as deep as eight feet in areas of the lake.

The city bought the dredging equipment from the Mud Cat Division of Mud Cat International. Cost of the machine and city workers to operate it is less than contracting the work, Sosebee said.

Money for the dredge is included in the sale of revenue bonds to finance the Clearview sewer expansion.

Toccoa is the first Georgia city to buy a dredge, Sosebee said, and the project already has been visited by officials from other cities.

The Mud Cat, which removes sediment at a rate of 50 to 120 cubic yards per hour, can operate in depths of 21 inches to 15 feet, Sosebee said.

Water from the sediment will drain into the lake from the settling basin, he said. “Some cities are using the sediment to enrich the soils in their parks and other areas.”

“That’s going to be rich material,” he said. City officials have not decided how it will be used.

The Mud Cat includes a pontoon that floats a diesel engine, centrifugal pump, horizontal auger-cutter assembly and the control center.

It moves back and forth on the lake on a cable network, Sosebee explained. A winch propels it. Material is removed from the lake as the dredge moves both backward and forward. The auger-cutter assembly is lowered by a hydraulically-operated boom into the water. It cuts the sludge, then the centrifugal pump moves it through the pipes to the settling basin, Sosebee said.

“Engineers have determined that the dredging is safe and will not harm the ecology of a body of water or the surrounding area,” he said.

The city has installed an oil barrier at the lake’s intake structure, so the city’s water supply will not be contaminated “if there are any accidental spills” of the dredge’s diesel fuel, he said.

Reprinted from The Toccoa (GA) Record