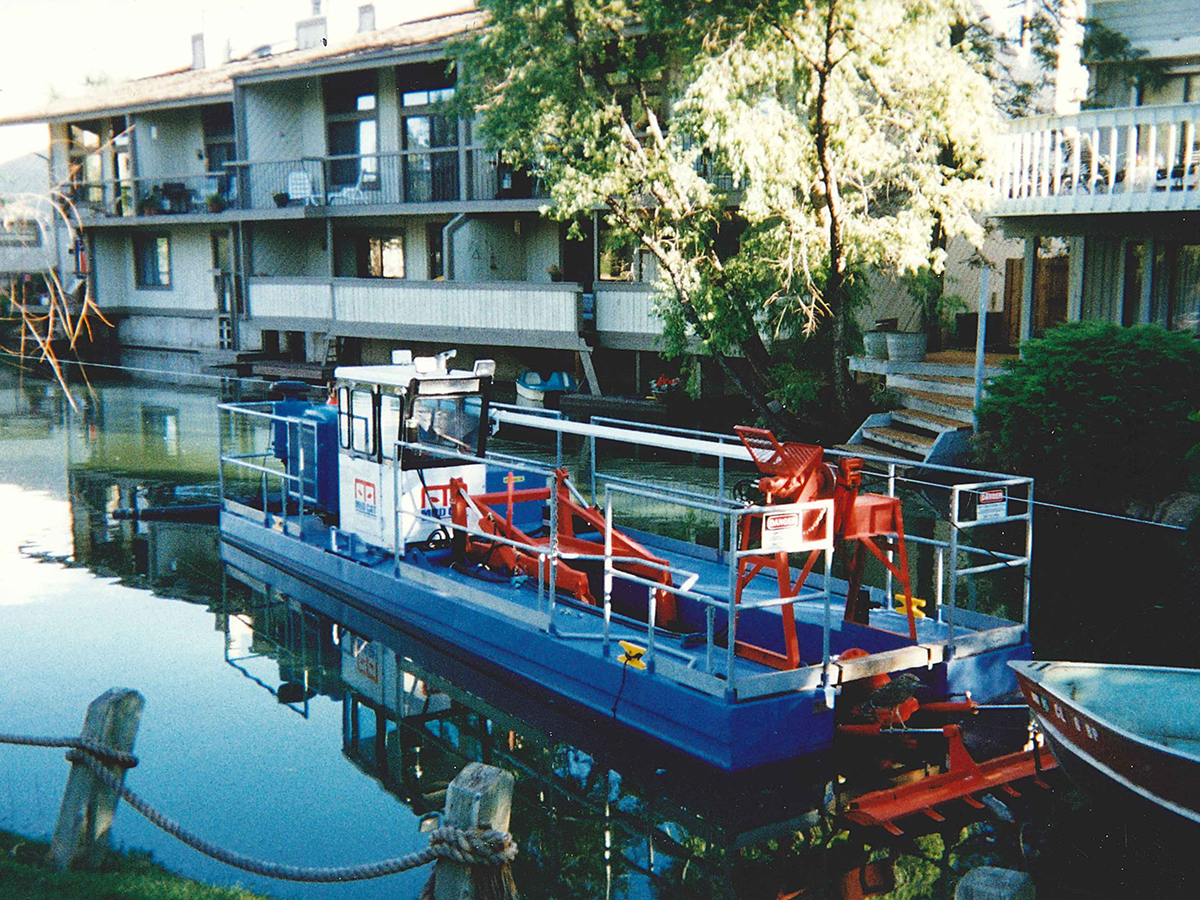 Five picturesque creeks and coves in eastern Baltimore County, MD are being dredged and another four will be scooped in an aggressive $2 million project to enrich the environment and continue to attract recreational boaters.

The deepening of the channels is considered crucial to the environment because the process allows sunlight to reach the submerged grasses that serve as natural banquets for fish and crabs. Also, the ebb and flow of tides, or flushing, is vastly improved because of easier passage of water from the creeks into Middle River, a tributary of the Chesapeake Bay.

Recreational boaters, fishermen and crabbers also will be able to enjoy deeper bottoms and will not stir up the silt and cloud the water with their propellers.

Sue Creek dredging was completed in January with a channel 1,500 feet long, 50 feet wide and 4 feet deep at low tide. Dredging operations have shifted to Norman Creek and will be finished there in the fall after a seven-month moratorium for fish spawning.

Candace Szabad, a natural resource specialist with the county’s Department of Environmental Protection and Resource Management, said dredging of Hopkins Creek, Hogpen Creek and the main stem of Middle River should be completed by year’s end.

Permits are being sought from state and federal agencies to dredge four other waterways — Galloway and Frog Mortar Creeks and Chestnut and Greyhound Coves. Bids then will be let for the jobs, Szabad said, and the work is expected to start October 15.

The dredging process is as exciting as “watching paint dry,” said Doug Piper, civil engineer for Maryland Excavating and Dredging Co. in Reisterstown and supervisor of the dredging project. “All the action is taking place on the bottom; you can’t see it.”

Piper explained that the bottom being scooped is agitated by a device that resembles a huge garden tiller at the head of a dredge. The dredge, a Mud Cat dredge rented from Baltimore-based Mud Cat International, is fitted with links of 8-inch plastic pipe that act as a huge vacuum and carry the slurry to another barge in the Middle River.A tug pushes the loaded barge to Hart-Miller Island, where the slurry is dumped. Several such trips are made daily.

Officials say more accessible waterways hooked into other economic development strategies will continue to draw visitors to the county’s east side.

Baltimore County’s 175-mile shoreline has been a steady draw for people who use the waterways in the summer, especially Middle River and Hart-Miller Island in the bay. The east side also continues to attract new homebuyers willing to pay top dollar for waterfront homes or property, sometimes only 50-foot-wide lots.

County Executive C.A. Dutch Ruppersberger has said he wants to establish a major tourist destination, much like Havre de Grace or Kent Island, on the county’s waterfront.Clark Fisher, a resident of Armstrong ane on Normal Creek, said, “There is nothing not to like about the dredging. It improves the health of the Chesapeake Bay and allows boaters like myself easier access to the creeks. We don’t have to worry so much about running around.”

The county also offers interest-free loans to residents on the dredged creeks who want to scoop the creek bottom from their piers into the main channel. The average cost is about $5,000, said Szabad.

Michael Marsiglia, a Normal Creek-area resident and recreational boater for 16 years, said he will spend about $16,000 through such a loan for a “spur channel.”

“The dredging is an excellent idea because it frees the submerged grasses that have been choking on the muck,” said Marsiglia, a lieutenant in the Anne Arundel County Fire Department.

“After the dredging is complete, my boys and I can just sit on the end of our pier and fish till our hearts’ content,” he said. “It’s so quiet sometimes that I bring my television out and catch the news and a few fish.”