EDT Dredge Replaced with Updated PHE20 After 16 Years of Operation 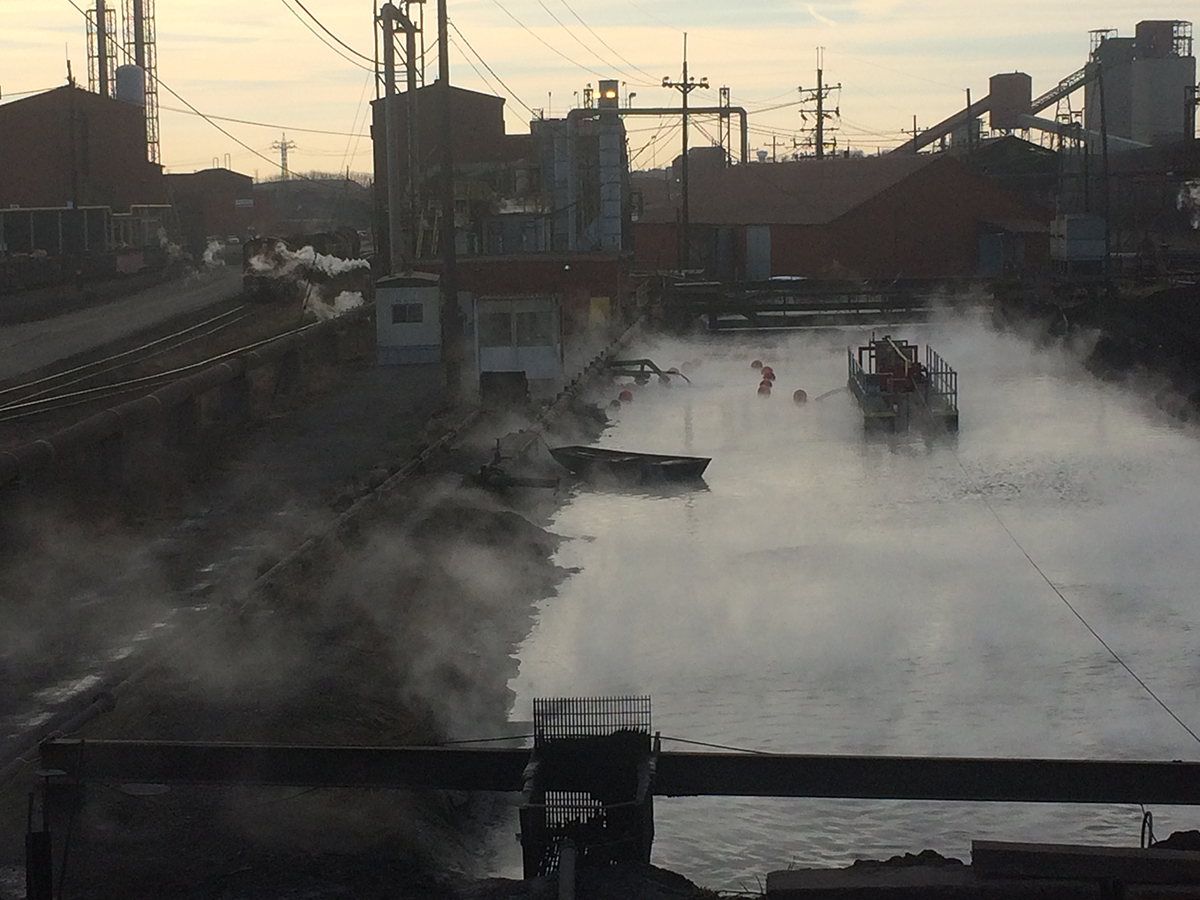 In 1999, RMB Enterprises purchased their first Ellicott Dredge Technologies, LLC radio-remote controlled dredging system. The system was specifically designed to operate in a wastewater lagoon at a steel manufacturing facility in Ohio.

After years of dedicated and uninterrupted service from the dredge, RMB Enterprises decided to retire it for an updated EDT radio remote controlled PHE20 with newer technology and higher operating efficiencies.

RMB Enterprises specified that the new dredging system should be designed to perform at an operating depth of 25 feet (8m) and be capable of pumping steel mill slag along with other process materials a total distance of 350 linear feet (107m). The elevation rise would be 20 feet (6m) into a two plate press dewatering station.

In addition, EDT configured the dredge with a heavy-duty high chrome electric-driven 20 HP (14.9 kW) submersible centrifugal slurry pump capable of moving the abrasive mixture the total distance to the plate presses. The flow capacity was rated at 300 gpm (68,137 l/hr) with a total dynamic head of 60 ft (18m). The pump’s discharge was sized at 3-inches (76mm), allowing a maximum solids capacity of 1.8 inches (45mm).

As a result of incorporating these features into their system, RMB Enterprises is now receiving the benefits associated with reduced cost of operations and improved production output.

EDT’s Field Service Manager Rick Leverty commissioned the dredge and witnessed the dredge’s performance along with staff members of RMB Enterprises. The new dredge system can fill the two plate presses in 20 minutes, producing up to 24 tons per truck at 90% dryness. Eight truck loads later, the dredge can be credited for 192 tons of product per day.

RMB Enterprises is extremely happy with the dredge’s design and performance. They are looking forward to another 16+ years of uninterrupted service.