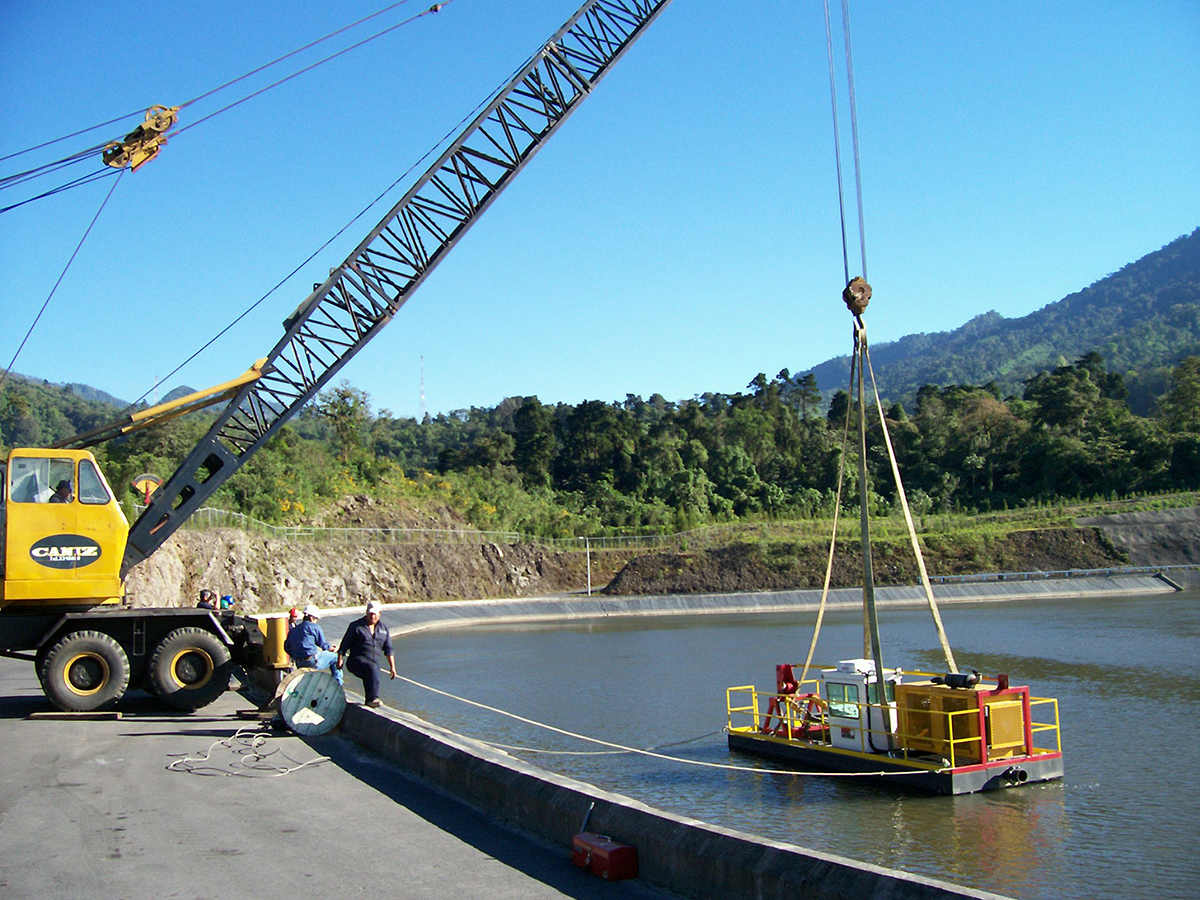 Enel is a US$50 billion diversified utility, among the three largest based in Europe, whose North and Latin American operations include over 70 clean power plants based on renewable sources such as hydro, wind, biomass, and geothermal with a combined output of over 600MW.

EDT specifically engineered the Mud Cat™ dredge to excavate the main pond’s sediment from the Santa Maria River while maintaining optimum production levels. This project is Enel’s second in Guatemala . Enel Latin America is dedicated to the development and operation of renewable energy power plants in Central America expects the new plant to add 43MW of capacity.

Florencio Gramajo Enel’s Plant Manager, said after the initial installation: “We have been able to keep the pond’s sediment at the same level with the EDT dredge even when the rainy season is at the highest”. Michael Young , EDT’s Service Manager, indicated “While the inflow from the river and the amount of material already present made the job difficult, the operators were operating the dredge efficiently within just two days.” According to EDT Service Technician Fred Hoffman “The customer was very impressed with the density of the material being pumped. They stated on several occasions that the discharge was much thicker than they had expected.”

An Allen Bradley Panel View 600 Operator Interface at both locations coordinates the various functions and controls. A EDT radio system provides the link from dredge to shore.

The functions of the auger head and the submersible slurry pump are essential for effective solids removal. The boom hoist positions the auger and submersible slurry pump vertically in the sediment while the traversing winch propels the machine forward and backward along a wire rope cable anchored at both ends of the lagoon. This proven design provides one of the most cost effective means of hydraulically dredging sediments on the market today.

The system utilizes a EDT designed rail type lateral move system for positioning and anchoring the winch traverse wire rope. Generally the system is comprised of two parallel rails located on opposite ends of the pond with the traverse cable stretched between them. The traverse cable is threaded through the treble sheave winch and cable guides on the dredge which propels the dredge forward and backward. After the floating discharge hose and/or pipe are connected to the dredge, it is ready to operate.