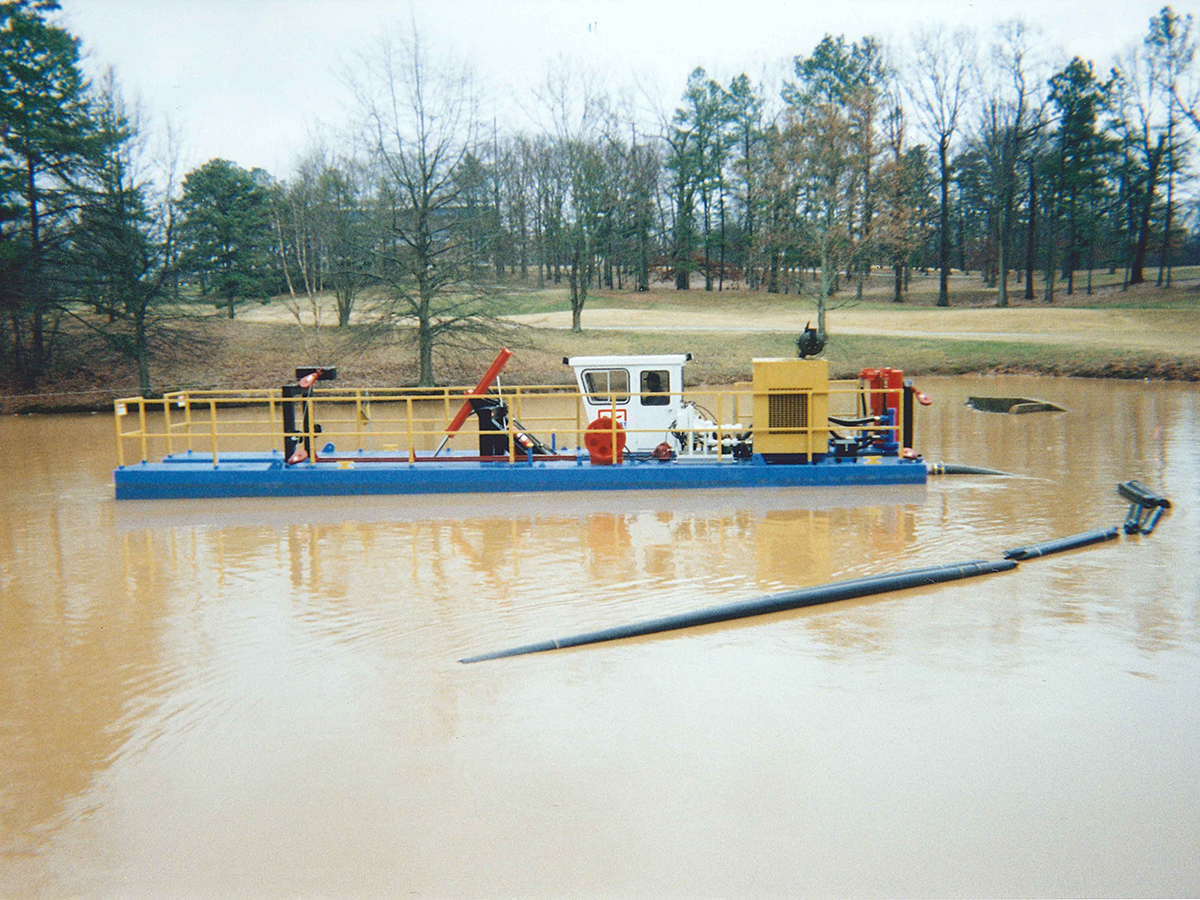 A major environmental cleanup has been completed at Gruber’s Grove Bay, a residential and recreational area of the Wisconsin River located near Badger Army Ammunition Plant (AAP) in Wisconsin.

During the cleanup, about 90,000 cubic yards of sediment were dredged from the bottom of the 25-acre bay. The sediments, deposited prior to 1972 by production at Badger AAP, had shown elevated levels of mercury, lead and copper.

Dredging took place during spring, summer and fall 2001. Gruber’s Grove Bay was closed throughout the cleanup, an action that demonstrated the strength of the partnership that made the cleanup possible.

The partnership consisted of the Army, the Wisconsin Department of Natural Resources, the U.S. Environmental Protection Agency, the Badger Restoration Advisory Board and local communities.David Fordham, commander’s representative at Badger AAP, said regulators would use the bay as a demonstration site for others interested in applying the environmentally friendly dredging system.

“This project provided a great example of how regulators, the Army and communities can work together to use innovative technology for the common good,” Fordham said. “Due largely to the cooperation of all the groups, we accomplished all design, permitting and sediment removal in record time with no accidents, and minimized the impact on our neighbors.” Bay West Environmental did the work with a Mud Cat MC-2000 auger dredge, a new design dredge.

Although the Wisconsin Department of Health had indicated that the levels of heavy metals in the bay posed no imminent threat to human health, the Wisconsin Department of Natural Resources was concerned about effects on fish. The cleanup team at Badger took a proactive approach and proposed the sediment removal plan to the WDNR. The Assistant Secretary of the Army for Environment, Safety and Occupational Health approved the plan in September 2000, and work began the following spring.

During the cleanup, sediments were hydraulically dredged from the bay, pumped in a slurry into giant geotextile tubes placed on a lined area within Badger property, and allowed to drain. The waters were tested and showed a mercury level of 5 parts per billion, well below WDNR’s limit.

The water was then sprayed over agricultural fields, grazing lands and forests for irrigation. Water infiltration was monitored so no runoff went into local streams or wetlands.

The drained sediments will remain in the geotextile tubes, which will be covered with soil. Because the mercury in the sediments is only a problem when in the bay, the site is considered an approved, non-hazardous landfill. The area under the tubes is covered with a durable liner to prevent waste leakage.

In September 2001, the U.S. Army Corps of Engineers recognized Badger AAP for having one of their top project teams in the world, commending their cooperative effort and speedy execution.

Removal of the sediment is expected to improve the bay’s aquatic habitat. The Army is revegetating the bay with plant species approved by the WDNR and restoring the bay’s shoreline.

Once the largest powder production facility in the nation, Badger AAP has been inactive and on standby since 1977. It was declared excess in 1998 and is in the process of being prepared for transfer and sale. The plant is under the management of the U.S. Army Operations Support Command.