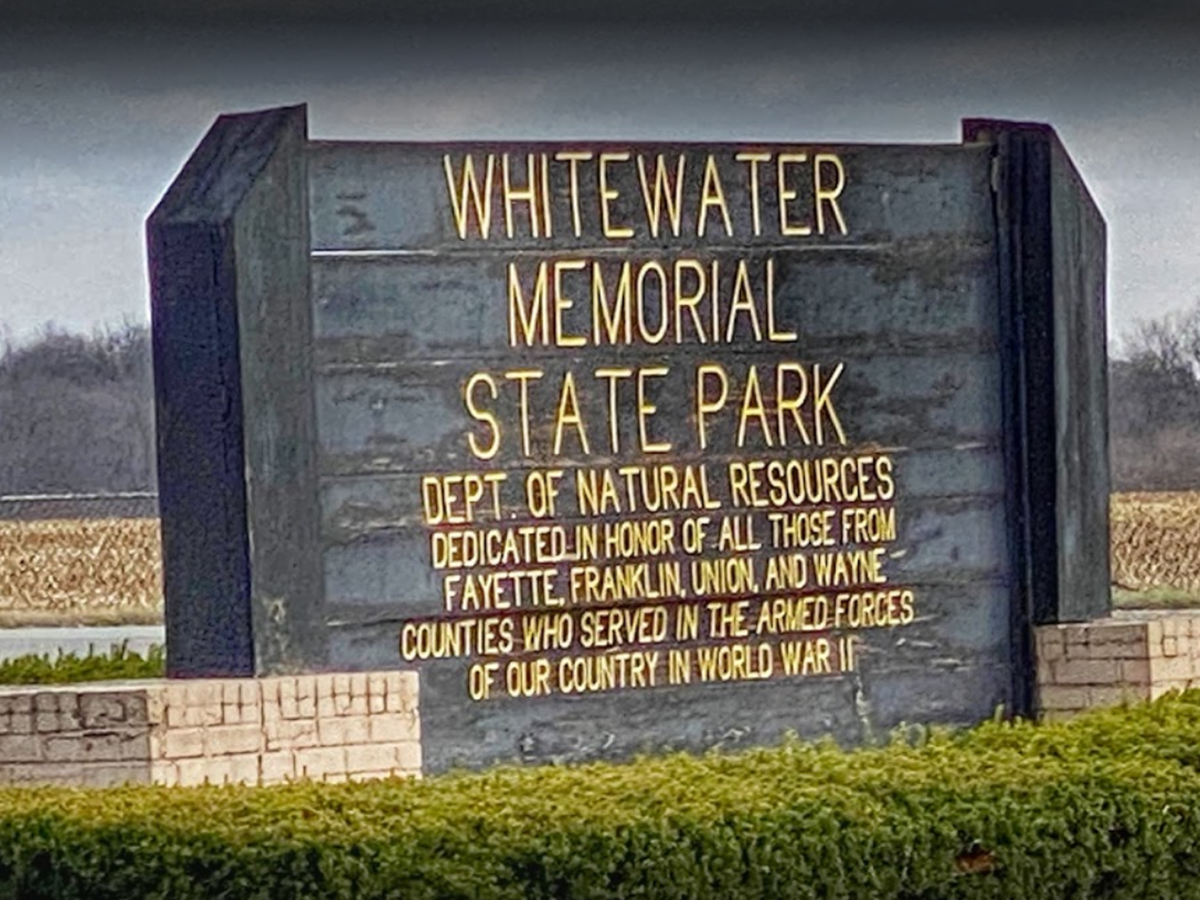 Whitewater Memorial State Park is located in east-central Indiana near the community of Liberty, Indiana. This seventeen hundred acre park opened in 1951 and was dedicated to members of the U.S. armed services who served their country during World War II. It’s a smaller size park among the State of Indiana Department of Natural Resources’ twenty parks, but it is one of the busiest with an estimated 400,000 visitors annually. Under the auspices of DNR, it offers a variety of attractions including horseback riding, camping, cycling, fishing and swimming. The last two of these wouldn’t be possible if it wasn’t for the man-made 200 acre lake which is the focal point of park activities.

Like all lakes, especially those surrounded by agricultural lands, sedimentation due to run-off is a problem endangering its estimated 50 year useful life. Fortunately, the State of Indiana DNR recognized this before the problem got out of hand and took action. In the mid 1970’s they purchased a Mud Cat Model MC-815 auger dredge to maintain and preserve this valuable resource which had already yielded 10 acres to the combined efforts of Mother Nature and humans. After fifteen years of steady service, it reached the end of its useful life and was replaced in 1992 with a Mud Cat MC-915.

From mid-April until the end of October, a two man dredge crew focus their efforts on the upper end of the lake where the West Fork of the Whitewater River deposits its sediment load. An area measuring approximately 1500 ft. long by the width of the lake, which varies from 700 ft. to 1,000 ft., is normally dredged over a three-year period before starting over again.

Winching itself forward and backward on a fixed wire rope cable- anchored at both ends, the auger dredge excavates and pumps material with nearly equal productivity in both traverse directions. Generally nine to twelve inches of sediment are removed with each pass until the natural bottom or the maximum dredge digging depth of 15 ft. is reached. Normally 2 ft. to 3 ft. of sediment is removed to depths of 10 ft. to 12 ft. throughout the designated maintenance area. The material is pumped 1200 ft. or more through an 8-inch diameter pipeline to a confined disposal facility (settling basin) located 60 ft. above the lake. After the solids have settled out, the clear water returns indirectly to the lake.

At the present time, Whitewater State park is the only park under the jurisdiction of the State of Indiana Department of Natural Resources having an established dredging program. Mr. Merle Gentry, Park Property Manager, is proud of what he and his people have accomplished with their maintenance dredging program. He estimates that dredging has already extended the lake’s life by 20 years.

Over the years, many public officials and members of private associations have come to visit the dredging operation at the lake to learn firsthand from a successful program.

Reprinted from Land and Water