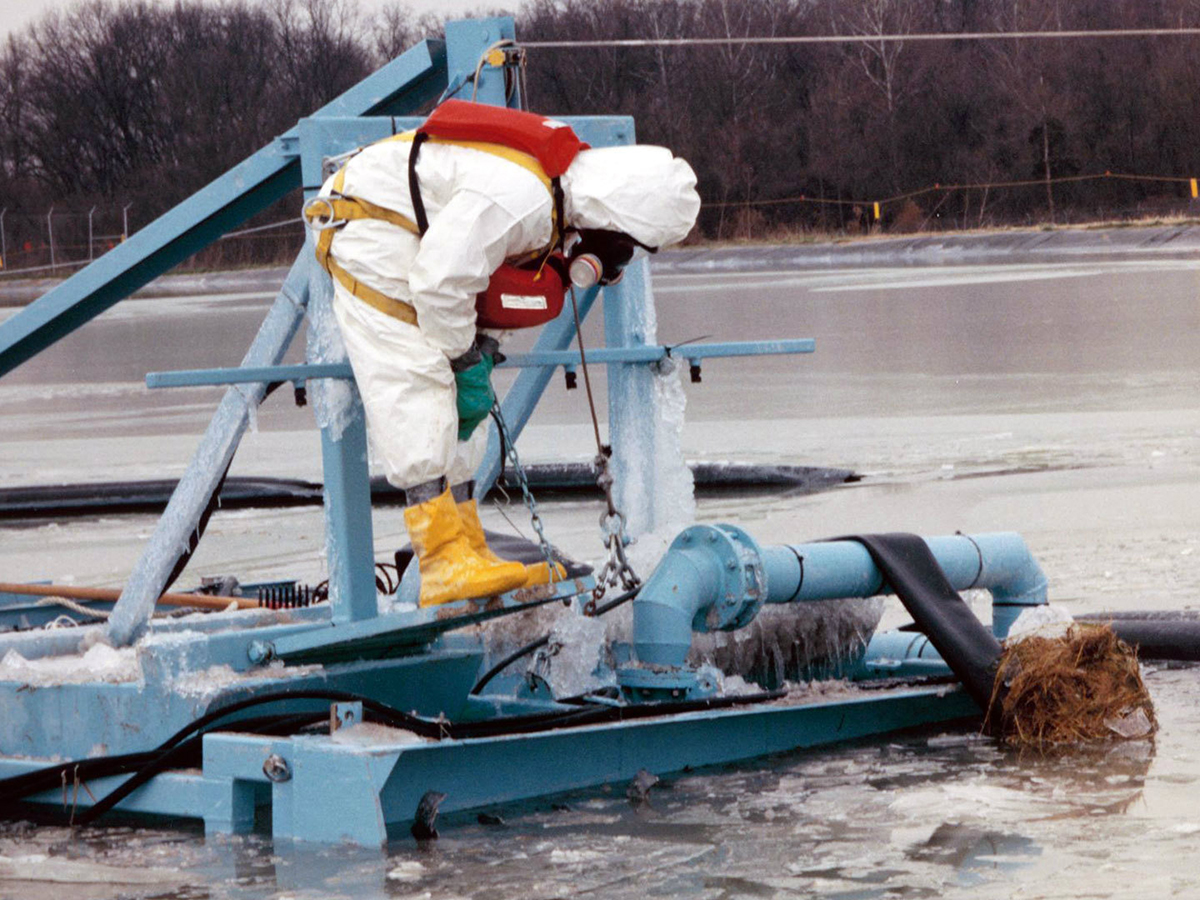 Excerpted from The Journal News
By Ken Valenti

NEW ROCHELLE – After years of plans and permits, the dredging of the city’s marina is under way.

Creative Waste Management of Folcroft, Pa., is stationed in the parking lot by Hudson Park, sucking up the silt that has filled in some 50 spaces at the marina. Creative Waste is using a Mud Cat MC-2000 auger dredge for the project.
With large rollers, the black muck is pressed to squeeze out water, then left in piles that are carted off to fill a quarry in Bethlehem, Pa. The water is sent back into Echo Bay.

The $2 million project began last month but will not remove all of the silt the city had hoped. The plan, originally to remove 30,000 cubic yards, was scaled back when bids came in at more than twice the estimates of $1.5 million. The lowest bid was for $3.2 million.

After borrowing $2 million by selling bonds for the project in March, the City Council voted in July to hire Creative Waste Management with the revised goal of removing 17,000 cubic yards of silt from the 7-acre marina.

Public Works Commissioner Jim Maxwell said the project would benefit the marina – and the city – even if it was not all that they wanted.

“The bottom line is, we are picking up space,” he said. “We’re going to create some deeper areas and some more spaces. … It’s not going to be perfect.”

The city first considered removing the dredged material to an approved dump site in Long Island Sound off Connecticut. But that plan became bogged down in disagreements between various state and federal agencies.

Officials changed to the inland site because it is not as cumbersome to obtain all the permits needed, Maxwell said.

“Dumping in open water is getting more and more difficult,” he said. “There were no assurances that we would ultimately be allowed to (do it.)”

The project is expected to bring in more money, too. The city had hoped to increase the number of boat slips from about 300 to about 350, with the result that the city could collect an additional $50,000 or so a year in fees.

Salvatore Gugliara, harbor master and manager of the marina, said he has been reconfiguring slips at the marina to allow more large boats. He did not know how many of the 50 spaces would be reclaimed by the dredging.

Officials did not know how long the project would take. The state Department of Environmental Conservation permit will expire Jan. 31.

“We’re hoping that they finish long before then,” Maxwell said.

The city first submitted applications to dredge the marina in the mid-1990s. The permits were delayed for years by disputes between various federal agencies over what testing needed to be done before dredging could be allowed. The permits finally were issued earlier this year.

To free up the slips, workers dig the marina floor to 8 feet below the mean low-water level.

By opening the marina to more boats, the dredging also is important to a redevelopment project the city is considering for the area.

A group of developers, including Jonathan Rose Cos. of Katonah, is planning a residential and retail project with the marina as the focal point, making it a place where people can stroll and boaters from outside the city can visit for the day.

Some residents and boaters, however, object to the plan or portions of it, particularly to the housing, saying it would be too dense.