There’s plenty of rich coal in slurry ponds. And all you need to get it out is to get yourself one of these mini-dredges.

The Mud Cat, a versatile two-man-operated mini-dredge, is performing wonders in recouping valuable coal from Peabody Coal Co.‘s (a unit of Hanson PLC) slurry settling ponds. Developed by Mud Cat International of Baltimore, Maryland USA, expressly for the task of ridding lakes, streams and channels of undesirable sediment buildup, the Mud Cat has proved highly successful in going after coal: 32 tons of coal are recovered every hour from a pond at Peabody Coal’s Bee-Veer mine by this little machine. Almost all such slurry ponds have some recoverable coal. Moreover, a large percentage of the ponds have a great deal of coal, because many mines and their preparation plants had operated for a long time with equipment that was not capable of refining the coal as well as can be done with today’s more sophisticated machinery. 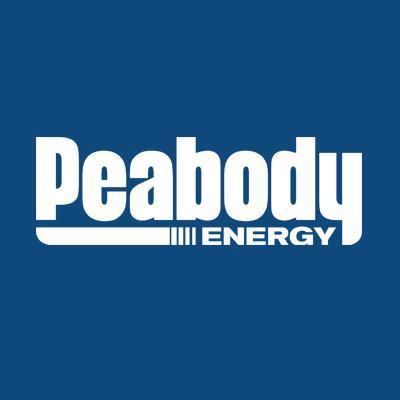 The Bee-Veer mine, for example, began operations back in 1937. Waste materials from its coal processing plant were pumped into a slurry settling pond which today is about 40 acres in size. The earlier processing equipment was incapable of separating all of the coal from the waste. As a result, Peabody Coal has employed the Mud Cat machine to recover this lost energy from the slurry.

The machine, launched in the water end of the slurry area, literally eats its way into the compacted waste lying at the bottom of the pond much like a continuous miner working the ace of a coal seam underground. This material is pumped back to the Bee-Veer preparation plant, now equipped with newer processing machinery, which results in 32 tph of coal being recovered. When the operation is completed, the unsightly slurry pond will be replaced by a fresh-water lake, and thousands of tons of valuable coal will have been recovered.

Small as it is – the Mud Cat is only 8 ft wide by 39 ft long – it is in reality a powerful dredge equipped with a 175 HP Detroit Diesel engine which drives a suction pump capable of sucking up, in a single pass, coal or sediment deposits 18 in, deep and 8 ft wide. The dredge can reach down to 15 ft below the surface of the water, “and by lowering the water level, the Mud Cat will be able to the bottom of Peabody’s 60-ft-deep slurry lake.” reports Mud Cat.

Key mechanism in the dredge is a novel 8-ft-wide underwater auger attached to a hydraulic boom at the front end of the machine. As the auger rotates, it chews up the coal waste deposits, forcing the material into an intake tube. A suction pump takes the material through the tube and out a discharge pipe, which in this case is 3000 ft long. The Mud Cat is propelled by a winch with the cable anchored on shore, and moved from side to side by means of pullover cables.

Only two men are needed for the operation -one to run the dredge itself and the other to remain on shore and move the cables as necessary. At the Peabody Bee-Veer mine, the dredge is kept running 7 hrs a day.

Although the dredge has been involved in applications where it had to eat its way into solid material, it works best in 21 inches of water or more. For example, it was launched in the Bee-Veer slurry lake after a small amount of water first had been pumped in to allow the unit to operate well.

Because of the extent of the Bee-Veer mine and the size of the lake, it is estimated that the recovery process will take from four to seven years, according to Al Massman, preparation analyst at Peabody Coal. “A second machine may be added to the job in the near future,” he says. Material removed from the slurry lake is being pumped 3000 ft away to the mine’s processing plant, where it is washed, dried, sorted, and loaded onto rail cars. From there it is shipped directly to the Thomas Hill Electric Steam Generating Plant.

Those closely connected with the project estimate that there are nearly a million tons of reclaimable coal at the sit of the Bee-veer mine alone. Because this situation is common to many of Peabody’s 35 other surface mines, Peabody reclamation specialist Scott Brundage predicts a total possible coal recovery of somewhere close to 20 million tons – a remarkable amount. “This system works.” said Massman. “There is no question in my mind that it’s the right thing at the right time.”

“The use of a Mud Cat to recover coal is significant for several reasons. First, with the fuel situation as it is today, we are recovering a usable source of energy that otherwise would have been lose. A second major benefit is that a solidified slurry lake can be converted to a beautiful body of water again.”

The mini-dredge can be leased, if desired, with an option for purchase. Mud Cat’s Mud Cat Division also has many units in the hands of contractors so that services to perform the dredging operations can be contracted for.