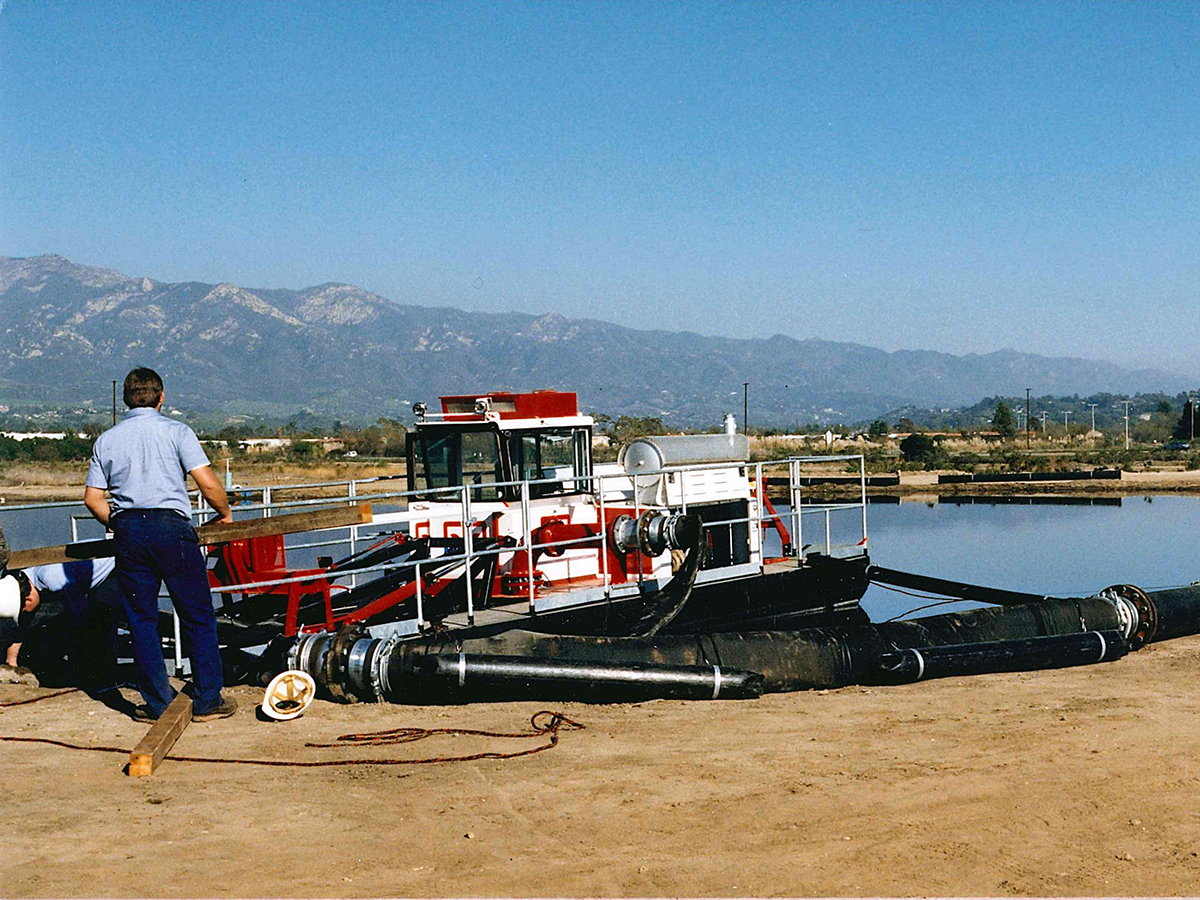 At the Henderson Mine water filtration system in Colorado, the Mud Cat is being used to clean a secondary holding pond that contains water pumped from deep within the mine.

This $400 million molybdenum mining project took 12 years to build. Henderson, a division of AMAX, Inc., is located on the headwaters of the Clear Creek watershed. Protection of this pure water supply was a primary concern since it provides water for game fish, wildlife, and neighboring communities.

AMAX has spent an additional $100 million on the project to avoid environmental problems. They have tunneled through the mountain, rather than disturbing the surface, to get to their ore processing plant, planted pine seedlings where construction occurred, and developed a complex water filtration system.

After the initial filtering process, the water is pumped up another 2,300 feet to the surface or “collar” of the mine shaft. The journey continues as the water travels to a settling pond and through sprays which cool it to safe ecological standards. Then the water is transferred to additional settling ponds for future classification and cooling. The first surface pond, the most important step of the cleaning process, is treated with polymers that cause the fines to clump together and drop to the bottom of the settling area.

After several years of operation, mine authorities realized the pond needed dredging to clear it of the accumulated fines so AMAX obtained the services of a Mud Cat auger dredge.

During the second application the Mud Cat was outfitted with a special auger cage to prevent stones from being pulled through the 1000 feet of discharge pipe to a spoil area built directly behind the pond. The Mud Cat also had wheels added to the auger to prevent the sharp cutting knives from damaging the base of the settling pond.

Mud Cat’s cleaning job took five weeks, pumping more than 80 yards of fines per hour. In all, Mud Cat removed about 12,000 cu.yd. of mine material, which will dry for about one year before final trucking to a remote dumping site.

Contact Us
PrevPreviousCoal Particles Utilized with the Help of Mud Cat
NextCity, Industry Work Together to Solve Wastewater ProblemsNext